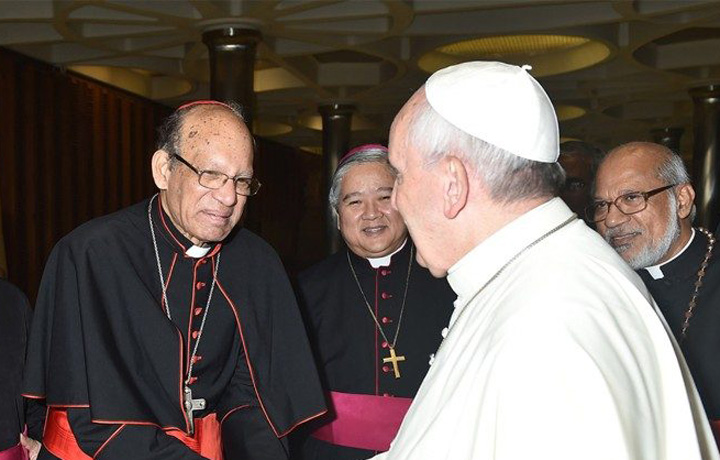 Cardinal Gracias, Archbishop of Mumbai speaks on how the C9 council works

Card. Oswald Gracias, archbishop of Mumbai and president of the Federation of Asian Bishops’ Conferences (FABC), is one of the members of “C9” – the council Pope Francis created to assist him in the governance of the universal Church, and to study the project of revision of the Apostolic Constitution Pastor Bonus, which regulates the Roman Curia.

Since Pope Francis was elected, the “C9” small council of Cardinals have had 22 working sessions so far. The Dec 11 to 13 was the last one of 2017.

In an exclusive interview with C. Coutinho of Vatican News, Cardinal Gracias spoke about the work of the C9. Their focus he said, is on the ‘Reform of the Curia’ and the revision of the ‘Pastor Bonus’ the Constitutions published by St. Pope John Paull II with an aim to be more effective instruments for the Church. He also spoke of Pope Francis’ active participation during these meetings and his  personal opinion about ‘C9’.