HomeNews“Justice and only justice you shall pursue”

“Justice and only justice you shall pursue” 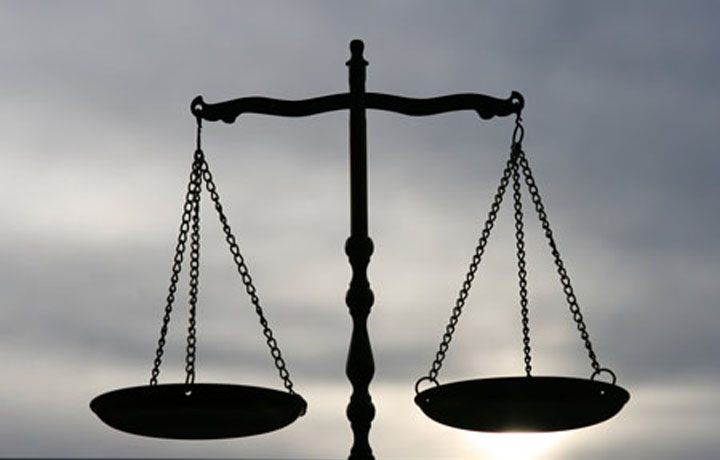 The Week of Prayer for Christian unity in 2019

The Week of Prayer for Christian unity, which takes place from January 18 to January 25 every year, with this year’s theme: “Justice and only justice you shall pursue” (Deut. 16, 11‒20) is a modest contribution to a process of bonding and co-operation, in deep hearts’ longing for unity.

Protestant theologian Karl Barth regarding issue of Christian disunity said: “Christian disunity doesn’t need to be explained, it should be regarded as a sin, guilt and offence”. Looking at only one Christ, whose sonhood we are invited to participate in, adhering to Christ, the only Mediator that brings us into a relationship of being God’s children and fraternity with others, every division of Christians is a result of wrong decisions made by humanity and it seems as an offence. Fortunately, a proof that that we have not reconciled ourselves to a tragedy of division is a regular Week of prayer for Christian unity, which takes place from 18 January to 25 January, with this year’s theme: “Justice and only justice you shall pursue” (Deut. 16, 11-20). It is a modest contribution to the process of bonding and co-operation, in deep longing of hearts for unity of those who call upon Christ, and so it echoes – as a cry against every division and mentality of conflict and rivalry.

Biblical texts and reflections on this year’s Week of prayer were selected and prepared by Christian communities from distant and exotic Indonesia. That country is proud of its rich experience in interreligious and ecumenical dialogue. Indonesia has 265 million inhabitants, 86% are Muslims, and 12% of the population belongs to Christian communities of different denominations. The country, that consists of groups of different traditions, cultures, dialects and religions, is nevertheless founded on a deep cohesive principle of unity in diversity, which presupposes a spirit of co-operation, tolerance, dialogue and complementarity. Those principles have become dissuaded in recent years by invasion of individualism, arising from sphere of market economy dominated by mentality of competition, competing, rivalry and emphasis is on achieving profit at all costs.

Christian communities, faced with this danger of unity disintegration, have single out a joint effort for a just, solidary society as a direction of Ecumenical Movement; the direction of this ecumenical way has been defined by a joyful message of God’s love that carries human face and name – Jesus Christ. For all Christians, common faith in God who approaches a man is a powerful incentive for promotion of values ​​of communion, solidarity, fight against discrimination and marginalization. The struggle for a righteous society in which human and civil rights are respected represents an important dimension of the ecumenical movement and it’s the fruit of ecumenical dialogue. In Christians’ joint struggle for those principles one can already see, and anticipate the unity we are all striving for.

That deep connection between faith and moral, individualism and collectiveness, liturgy, prayer and sociopolitical can be seen in biblical texts of the Old Testament, in the Book of Deuteronomy. That is why this year’s key text of Octave for Christian unity, with title “Justice and only justice you shall pursue”, comes from this book.

“And you shall rejoice before the Lord, your God. You shall rejoice at your feast, together with your son and daughter, all your servants and also the Levite, foreigners, the orphan and the widow within your gates. Remember that you used to be slaves in Egypt. You shall appoint judges and officers in all your towns that the Lord, your God, is giving you, for your tribes, and they shall judge the people with righteous judgment. You shall not distort justice. You shall not show partiality, and you shall not accept a bribe, for a bribe blinds the eyes of the wise and subverts the cause of the righteous. Justice, and only justice, you shall pursue.”

The Christians’ joint effort towards building a righteous society does not spring from horizontal humanism that is characteristic of varied world associations, organizations or movements. According to biblical message, righteousness in society, solidarity, cooperation, anti-corruption attitude – exist in community only after gaining deep existential experience with God, which we call faith in theology. Initially, there is experience of salvation that is provided for a man for free by God’s love. Moral regulations, which govern the community, are preceded by an ontological truth about God, who seeks to save man’s destiny, revealing himself as source of existence and guarantor of survival, or as the Bible names Him- the Creator and the Savior.

A talk about a man and society begins with the praise of God and His salutary actions. Logic of the text follows this order: faith in which a man experiences God’s salutary love, obliges a believer to build a society based on the virtues of solidarity, mercy, compassion, co-operation and honesty, and exclude vices of greed, ambition, corruption. Liturgical celebrations in which the believer remembers great deeds of God’s love in history, includes imperative of righteousness and solidarity in interpersonal relations. There is a clear message springing from that biblical logic: if Christians of various denominations dive deeper into mystery of God’s love that creates and saves, they, at the same time, become promoters of virtues of solidarity, righteousness and communion in societies where God’s providence has placed them.

Defending a rejected human together

This year’s Octave for Christian unity is an invitation to, by discovering gracious God, defend humankind together, particularly those who are disfigured by discrimination, marginalization, rejection and that together, by singing Hymn to God who has established a plan of salvation since eternity, we look for ways to follow so as to reach righteous society in which every human being can develop and be protected, that by considering God’s universal love we contribute to establishment of society in which every individual is welcomed. Christians’ joint forces in fight against corruption, marginalization, inequality, discrimination – are essential form of contemporary ecumenical movement, because they reveal to the world that we have believed in God who, in His Son, accepted each man as his beloved child.

The key text of Book of Deuteronomy, which is a cornerstone of prayer and reflection in Octave for Christian unity, is complemented by biblical readings on every day during the Octave serving to dive deeper into message about righteousness every day and to understand and accept it as an important course of ecumenical efforts in modern world. So, in this sense, the prophet Amos’s message is understood: “Let justice roll down like water”; he, as one of Old Testament prophets, persistently insisted on connection between cult and interpersonal relationships in the community. Faithful worship of God leads to love for mankind.

Building righteous society requires daily restraining from selfish urges of greed and acquisitiveness on personal plan. Message from Epistle to the Hebrews: “Be content with what you have” precisely encourages persevering in such struggle. Curtailing vice of selfishness and pride is not shallow morality, but the fruit of communion with Christ who, although wealthy, has made himself poor for us, so that we would become rich from his poverty. This endeavor to be more like Christ on a daily basis makes us a being of communion that goes to encounter another person. We place our steps in His footsteps, He who is joyful news for the sad, encouragement and support for the week and the downhearted, the communion for the abandoned and the rejected – “He has anointed me to proclaim good news to the poor”. (Luke 4:18).

Competitive mentality of individualism causes increasing inequality and gap in society and leads to marginalization of those who cannot survive in conditions of market competition. A Christian is aware that virtue of love is universal, in the image of God’s love that encompasses everybody, regardless of language they speak, culture they belong to, property they own, position they are on. Therefore, the psalm “The Lord is good to all; he has compassion on all he has made”, sounds like a manifest of those who advocate for society without discrimination, exclusion, marginalization.

Christians’ activism when it comes to building righteous society includes sensitivity to issues of environmental protection. Selfish greed and acquisitive access to nature as an object that meets the need for greater profit and such exploitation of nature is an act of injustice towards loved ones of the present and the future since it deprives them of natural resources. Christian is called upon, based on his faith in God, the Creator – “Lord of Heaven’s armies is His name” – promoting a new approach towards the environment as a gift that has a place in plan of salvation, and its protection is expression of love for the loved ones.

At the end of Octave for Christian unity, in a prayer “The Lord is my light and my salvation”, we address God whose love is the only strong inspiration in major part of building the society that strives for justice.