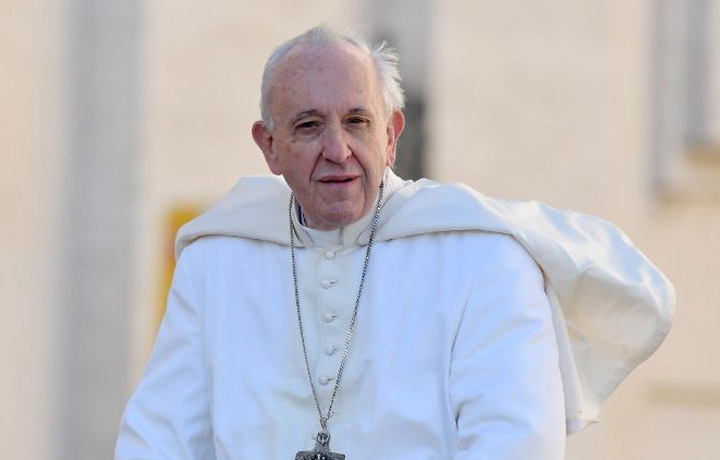 Pope Francis at the General Audience of September 26, 2018.  (AFP or licensors)

At the end of his General Audience on Wednesday, Pope Francis explained the motives behind the Provisional Agreement signed by the Holy See and China in Beijing on September 22.

Pope Francis urged for prayers that the Provisional Agreemen between the Holy See and the People’s Republic of China on the appointment of Bishops in China,  may help heal past wounds and foster full communion

“The Agreement,” the Pope explained, “is the fruit of a long and thoughtful path of dialogue, aimed at fostering a more positive collaboration between the Holy See and the Chinese authorities for the good of the Catholic community in China and for harmony in the entire society.”

He said in this spirit he decided to send a message of fraternal encouragement to Chinese Catholics and to the whole of the Universal Church.

The Pope hopes that with this agreement, “a new phase can be opened in China, which will help in healing the wounds of the past, re-establish and maintain full communion among all Chinese Catholics and take up the proclamation of the Gospel with renewed commitment.

The Pope told his listeners they have an “important task”.   “We are called to accompany our brothers and sisters in China with fervent prayer and fraternal friendship.”  “They know that they are not alone,” he said, adding, “the whole Church prays with them and for them.”

The Holy Father urged all to “ask Our Lady, the Mother of Hope and Help of Christians, to bless and guard all Catholics in China.”  He concluded invoking God’s gift of peace on the entire Chinese people.