The Lazarists parish and residence in Belgrade 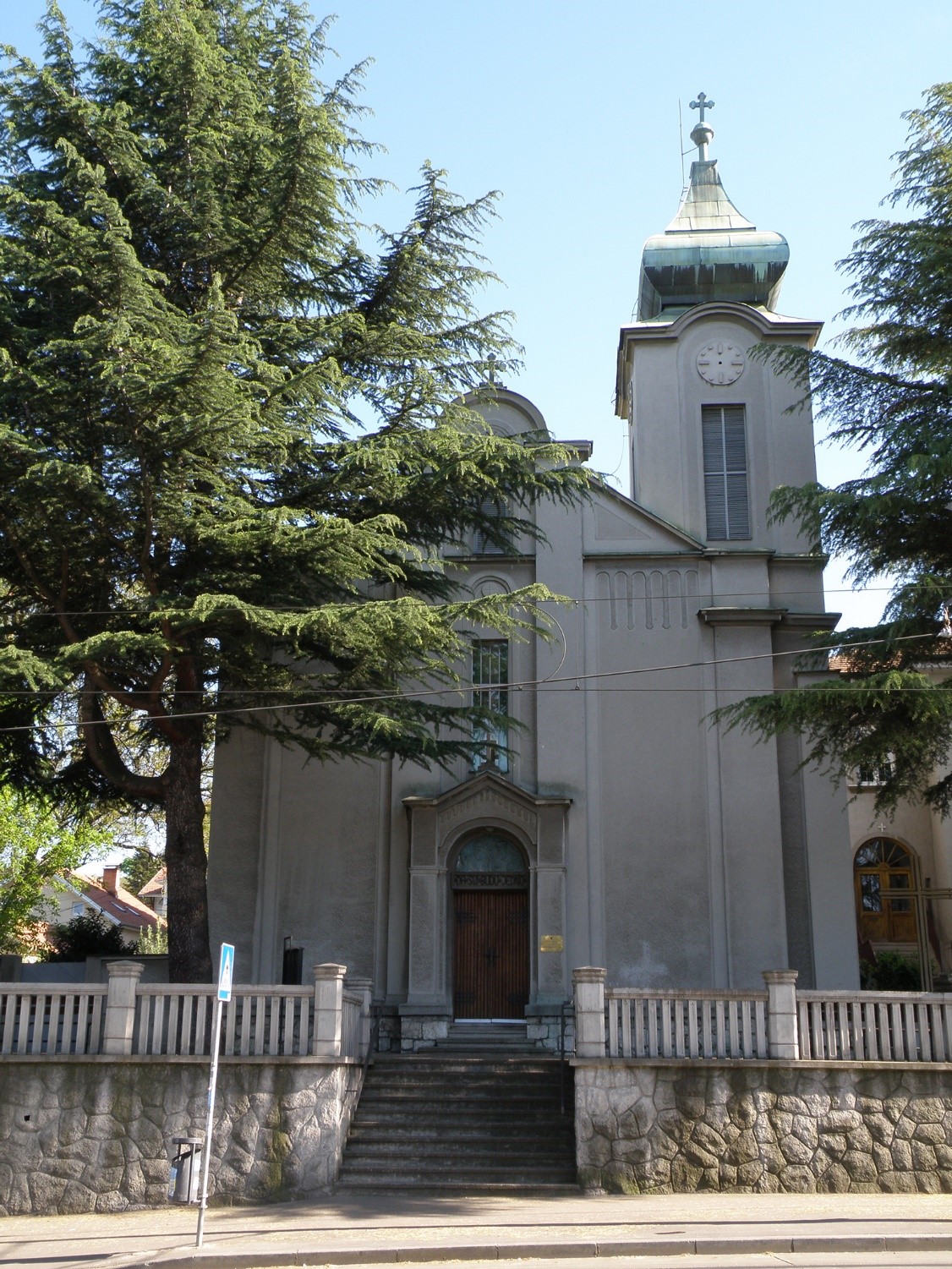 In the early 20th century, on the periphery of city of Belgrade, there was a strong need for a new pastoral and spirituality center for Catholics who settled and worked in that area after the First World War. The then Apostolic Nuncio, Hermengildo Pellegrinetti, and Belgrade Archbishop Msgr. Rafael Rodić asked the Fathers Lazarists, Missionaries of St. Vincent de Paul from Slovenia, to take over a parish on the periphery of Belgrade. They offered them Čukarica or Karaburma. The Lazarists’ Provincial Leopold Šmid and fellow brother Alojz Plantarič chose Čukarica on July 5th, 1929. Nuncio Pellegrinetti and Archbishop Msgr. Rodić received the news with joy. Parish of Christ the King was quite far away. Believers wanted to have their own church and priest. Holy Mass was regularly served on Sundays in a private flat in Čukarica since 1927.

The Lazarists bought a house in Požeška Street and opened a small chapel there. The first Mass was celebrated on August 5th, 1929. There were Alojz Plantarič, who was appointed as superior, and Andrej Tumpej who became the first parish priest. Two lay brothers joined them later. Thus, the first Congregation of the Mission community was formed in Belgrade.

They decided to build a church. Then, they bought a plot of land next to the house and soon started building the church. They entrusted architect Blaža Katušić from Zemun with the design. Alojz Wagner, parish priest of the parish Christ the King, blessed the cornerstone on August 18th. The construction works started on August 13th, 1929. The church was already built in November, and it was consecrated by Archbishop Rodić, in honor of holy brothers Cyril and Methodius on November 17th 1929. On that occasion, a statue of the Holy brothers was brought from church of St. Joseph in Celje. The statue had been blessed in 1851 by the blessed Bishop Anton Martin Slomšek who established Confraternity for Christian unity in that church. The statue was placed in the main altar. It represents the greatest treasure of this church. New altar was a gift from Ivan Tomažič, the Bishop of Maribor, and it was donated in a memory of the blessed Anton Martin Slomšek. The church is of the hall church type, with a semi-circular ceiling. It is 23 meters long, 10 meters wide and 9 meters high. The height of the tower is 23 meters. There is an inscription above the main entrance: “MAY ALL BE ONE”.

The parish was established on January 1st 1930.

Archdiocesan Ordinariate in Belgrade appointed Andrej Tumpej, CM, as the parish priest on December 30th, 1929. The establishment of parish was confirmed by the Ministry of Religious Affairs on January 17th, 1930. The parish is located in the southwestern area of city of Belgrade.

When it was established, new parish had about 2,500 believers. There were already 77 baptized children, 32 weddings and 23 burials in the same year. Religious life was very rich. The number of believers started decreasing slowly, and lately, after the communism era, it started increasing again and religious life is more active.

The territory of the parish spreads on the following municipalities: Čukarica, a part of Savski Venac – Senjak, Dedinje, Rakovica, Mladenovac, Sopot, Barajevo, Lazarevac and Obrenovac.

The parish of St. Cyril and Methodius has changed eight parish priests from its beginnings up to now. Each of them worked diligently out of love for God and for salvation of souls.

For some time, priests from Čukarica administred the area of Valjevo as well as the area of Kraljevo, Kragujevac, Čačak, Užice and Smederevo during the war.

Daughters of Charity, who have been in Belgrade since 1920, have worked and helped in pastoral in Čukarica based parish and they have also looked after the poor and the sick since 1929.

God leads the history of human kind. We go ahead with God!

Thank God for everything. The works of God never perish.

Church of Saint Cyril and Methodius