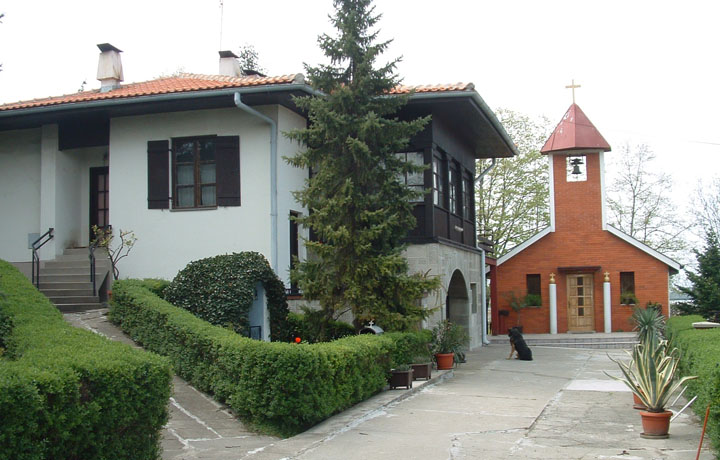 It was conceived in 1942 when Dr. Josip Ujčić was the Archbishop of Belgrade. There was already a prepared plot of land and some construction material in Stara Karaburma. The Congregation of the Mission was supposed to take over a new parish at the time but they opted for Banovo Brdo. Then the Second World War prevented building of the church and establishment of the parish. After the war, it was not possible to realize the idea. In addition, the collected material was quickly stolen, the plot of land was nationalized and a supermarket was built instead.

Karaburma was a working-class suburb at that time. It was very devoted to the working class. This will be evident later, when the question of church and parish comes up. Dr. Gabrijel Bukatko took the helm of the Belgrade Archdiocese. He remained famous for his beautiful white beard and high-pitched voice, and most of all, for his generous heart. He wanted to fulfill a wish of his predecessor at all cost. As he knew the Salesians very well, he decided to ask them to establish a new parish on this territory. As majority of the population belonged to working class, it was decided that St. Joseph the Worker would be the patron of new parish. Saint Joseph is celebrated on May 1st.

At the time, I was a chaplain in the parish Christ the King. Father Archbishop asked me to look for a location in Karaburma so as to establish the sixth parish in Belgrade. I saw in the newspaper that there was a smaller house for sale in 39 Sime Šolaje Street, Stara Karaburma. After we saw the house, we decided to buy it and transform it into the first public chapel. I served the first Holy Mass there on June 22nd 1965. Slovenian Daughters of Charity took over the care of new house, and I took over spiritual leadership, as the chaplain from the parish Christ the King. A dozen believers attended the opening of new chapel.

After a few years, a new and better opportunity arose, so on March 21st 1967 we moved to a current parish home in 23 Pribojska Street, and shortly thereafter, on September 7th 1967, we opened a new chapel. But on my way to the opening of the chapel, I was hit by a car at Novo groblje while I was riding a motorcycle and I broke my right arm. Since I was not able to ride any longer, I left my motorcycle on the street and continued walking on foot.

The chapel was blessed, with enormous joy, by Archbishop Dr. Gabrijel Bukatko, who was delighted to realize his life-long dream. He already saw a new parish ahead which will be proclaimed on 1 January, 1972. Mr. Herman Habič, a Salezian who had been then parish priest of the parish Christ the King, was appointed as the first parish priest. He soon moved to Karaburma and endeavored to build a new church. Although he was the parish priest in Karaburma up to 1986, he did not manage to realize that plan. He only managed to build the hall of future church. Mr. Antun Horvat, who was his successor from 1986 until 1989, did not succeed in building the church either. The local community was firmly against it. Their attitude was to let schools and hospitals be built, not churches, especially not Catholic ones.

18 years later, on August 1st 1989, I came back from Montenegro to Karaburma once again.

I found a beautiful hall there, which was being used as parish church. We decided to build a church over the hall which served as a chapel. Being aware that we would not get the building permit, we started an illegal construction. After a couple of months, the church got its roof. It looked like a big hall without windows. Then, the building inspection came and told us to tear down the church in a few days. We asked Saint Joseph for help and we told them that we did not tear down our churches. After numerous difficulties and worries, the church of St. Joseph was finally built on May 1st 1991. It was solemnly blessed by the Archbishop Franc Perko. The church had no bell tower. Its turn to be built would come a few years later.

The church of St. Joseph the Worker is not big, but it is lovely to look at. People say they can piously pray there. It has been called “the beauty” of Belgrade. If you don’t believe me, come and see for yourselves.

Devotions in honor of St. Joseph are held in church every Wednesday, especially on 1 May, when church celebrates its Patron. In additon, you can take a rest there looking at the river Danube.

Church of St. Joseph the Worker