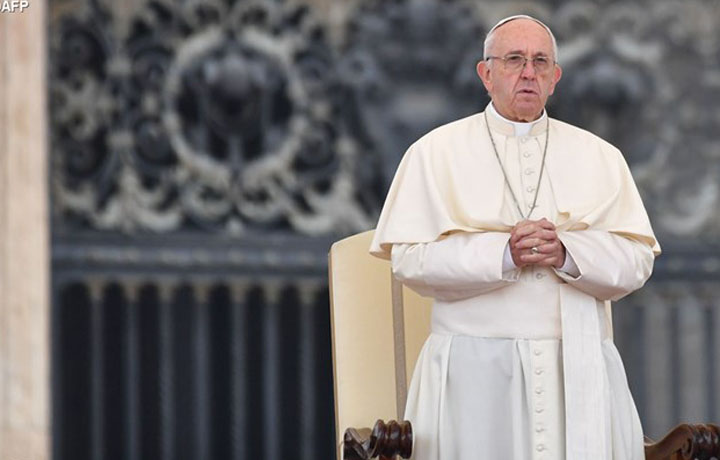 (Vatican Radio) Pope Francis on Thursday addressed representatives from the Church of Scotland telling them that the mutual purification of memory is one of the most significant fruits of our common ecumenical journey.

In his remarks to representatives of the Church of Scotland on Thursday, Pope Francis recalled that their meeting was taking place during the fifth centenary of the Reformation, which the Holy Father himself joined in commemorating last year in Lund, Sweden.

The Pope then gave thanks to the Lord for was he called “the great gift of being able to live this year in true fraternity, no longer as adversaries, after long centuries of estrangement and conflict.”

He went on to say that,  “this has been possible, with God’s grace, by the ecumenical journey that has enabled us to grow in mutual understanding, trust and cooperation.

“The mutual purification of memory is one of the most significant fruits of this common journey, the Holy Father said, adding, the past cannot be changed, yet today we at last see one another as God sees us.”

Addressing those gathered, Pope Francis underlined that “in the spirit of the Gospel, we are now pursuing the path of humble charity that leads to overcoming division and healing wounds.  He continued, we have begun a dialogue of communion, employing language befitting those who belong to God.  Such language is essential to evangelization, for how can we proclaim the God of love if we do not love one another?”

During his discourse, the Pope turned his attention in particular to  those Christians who today face grave trials and sufferings, enduring persecution for the name of Jesus.

The Holy Father said, “so many of them bear a heavy cross as they profess their faith, many to the point of martyrdom.

He also emphasized that the dialogue directed to full unity, “our witness and our shared service, our commitment to pray for one another and to overcome the wounds of the past were also a response that is owed to them.”

Concluding his remarks Pope Francis expressed the hope that the journey to visible unity would continue daily and “bear rich fruits for the future, as it has in the recent past.”